The innovative idea came about after members of Rhydyfelin Youth Club began developing their woodwork skills during training with Eggseeds, a sustainable education organisation. They identified the problem of charging a phone when out and about and wondered whether a station such as a solar powered bench could assist. 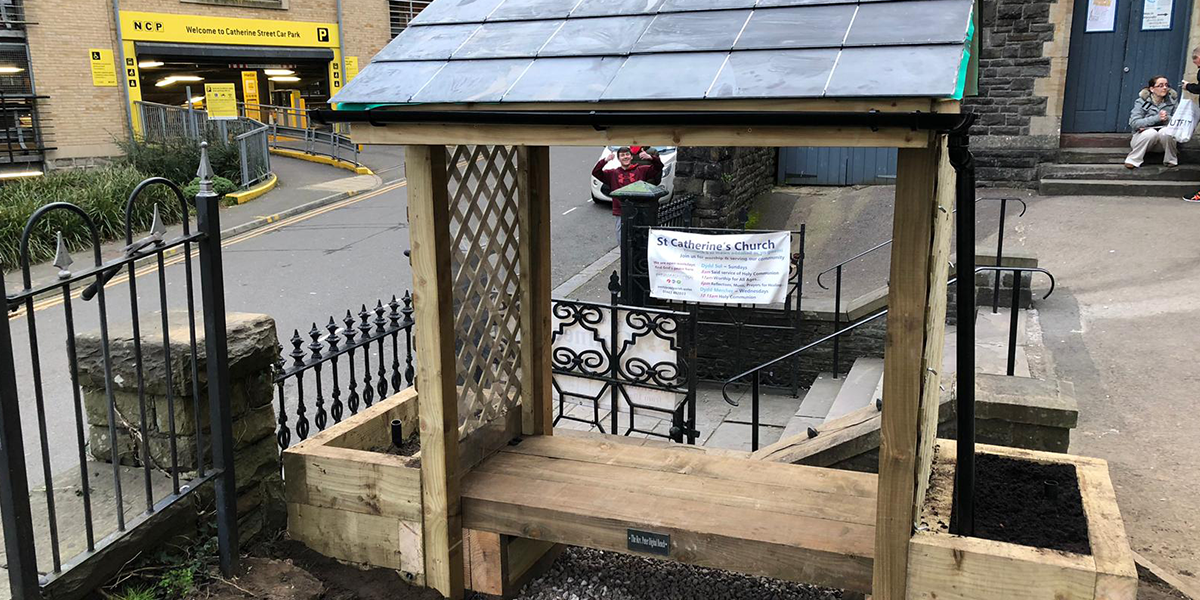 With initial support from Newydd Housing Association, the project was kickstarted with funding from Interlink RCT, specialist support from Renew Wales, and wood donated by TR33, Newydd’s contractors. Solar panels were also acquired by GB Sol and Roofbase Cardiff also donated roof slates. Several additional partners were also forthcoming in providing additional support and expertise. This gave the group the confidence to present the idea of installing the bench on church grounds to Reverend Peter Lewis of St Catherine’s Church.

Following their successful pitch to the Church the production of the digital bench went full steam ahead through RCT Youth Engagement and Participation Service (YEPS) and with help from EggSeeds and Newydd staff. During the project, two members of the youth club participants gained their CSCS card, allowing them to work on construction sites in future.

Scott Tandy from @NewyddHousing said, “I am so proud of the team for their hard work and enthusiasm..."

Josh Baker from Rhydyfelin Youth Club said, “From the moment we came up with the idea there was a buzz around the youth club which got me and the other boys excited. I became more confident in using tools and more interested in a job in construction as time went on. Staff working on the project must have noticed as they referred me onto Newydd’s CSCS course which I managed to pass. It was hard work, there was a lot to consider, however stepping back at St Catherine’s Church and seeing what we managed to achieve will be something that will stick with me forever.”

The completed wooden bench has a solar panelled roof that stores power and allows the public to charge devices through one of two USB ports. The wooden trellis on either end of the bench will be used to grow fruit bearing vines such as strawberries or tomatoes, while the wooden planters will be used to grow root vegetables. The guttering acts as an irrigation system, diverting water away from the bench and to the planters. 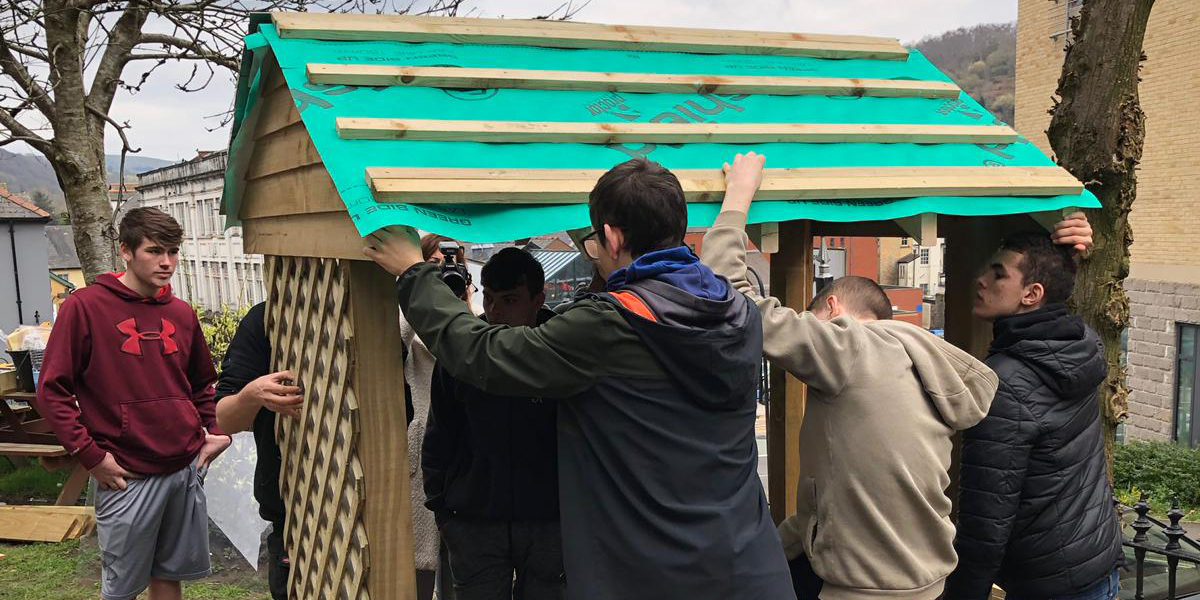 Scott Tandy, Community Regeneration Officer at Newydd said, “I am so proud of the team at Rhydyfelin Youth Group for their hard work and enthusiasm in seeing this project through. Not only have they worked together as a team, gained fantastic skills for the future but they have also thought of the needs of the local community.”