A football project in Barry has seen just over a 5% reduction in anti-social behaviour in the last year, as well as supporting over 200 young people aged 14 to 19 years old, some of who are not engaged in physical activity, to get involved in weekly football sessions. The project, Barry Kicks, has received £4,000 from Tesco and its community grant programme, the Bags of Help scheme.

In the next two years, the Barry Kicks project will not only look to support a total of 500 young people from across the local area, to develop their leadership and teamwork skills, as well as their confidence, but it will also have a dedicated pitch for the girls to play on so that Kicks can encourage more females to get involved. In the last year, the project has seen 20 young women take part in the sessions and the project hopes to increase this by 50%.

Rachel Honey-Jones, Community Regeneration Manager for Newydd said, “As an organisation committed to supporting our local communities to be fit and healthy, we are delighted to not only to be supporting the Kicks project for another year but also this grant from Tesco will allow us to continue vital activities for young people in the Barry area.

“We hope that through the Kicks project, more young people will become involved in physical activity, but will also be able to build transferable skills that will make a difference to their lives, whether in health, education or job environments.” 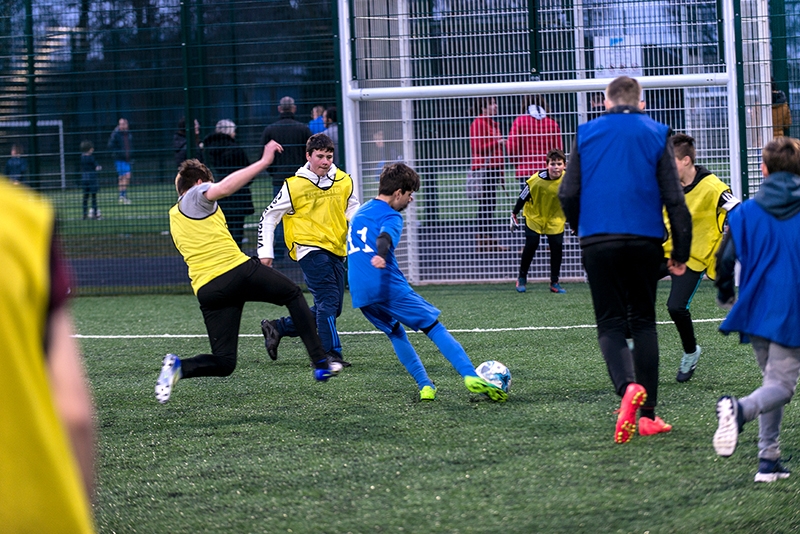 The weekly sessions are run by coaches from the Cardiff City FC Foundation and the young people involved benefit from the inclusivity of being part of a team, training regimes and competing at regional tournaments. Through the project, they can also get the opportunity to become involved with volunteer mentoring.

Zac Lyndon-Jones, Inclusion Coordinator for Cardiff City FC Foundation commented, “The Premier League Kicks project has grown in success year on year since we first started in July 2015, with an increase in the number of young people attending from the local area. We are proud to be delivering a project that’s free for young people to attend and often defers young people from crime. Along with weekly sessions, Premier League Kicks also offers additional qualifications and workshops that meet the participants needs.

“We are looking to work closely with a number of young people from the sessions that have expressed an interest in gaining football coaching qualifications to help them begin their footballing journey.”

Anti-social behaviour has been a longstanding issue in the Barry area, but the Kicks project uses positive diversionary activity, in the form of football, to highlight the importance of community and how, the pitches used are to be valued instead of defaced. British Transport Police provide the transport for the team to attend the regional tournaments.

Sergeant Mark Jones from South Wales Police added, “Youth engagement is an extremely important part of the work of neighbourhood officers, and the team has worked closely with partners and the local community to build up links with young people through the fantastic appeal of sport.

“Great strides have been made in preventing and tackling antisocial behaviour in the area, and this much-appreciated grant from Tesco will enable us to continue building on this progress.”

Barry Kicks free sessions are based at the Colcot Sports Centre in Barry, every Thursday between 6pm and 8pm. For more information about the wider Premier League Kicks initiative, which was created as a youth outreach programme, using the power of football to connect with young people living in high need areas, visit www.cardiffcityfoundation.org.uk/premier-league-kicks